For first year medical students, choosing the right medical school study resources is key to creating a foundation to last throughout all four years in medical school.

As a first year medical student, you’re jumping into this new world, learning to balance your first year med classes, finding the best study spots, all while trying not to burnout. On top of that, you’ve got to find what study resources and tools work best for you to make sure the time you spend studying is actually worthwhile. And how do you decide on the best study resources to use throughout when there’s so many to sift through? Well you’re in the right place. We’re going to breakdown the best resources we recommend for a first year medical student. 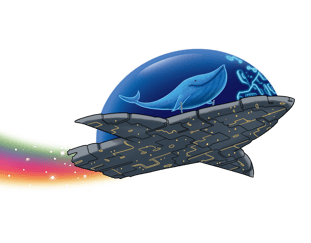 Call us biased, but we think Sketchy is the number one resource to use in medical school. It’s no secret that medical school requires TONS of memorization and learning, so what better way to do this than with Sketchy’s memory palaces and visual memory techniques? We create subject-specific sketches that help you learn key concepts you’ll not only use as a first year medical student, but throughout your medical career. From day one of your medical journey, you’ll immediately give yourself a leg-up on retaining crucial information with these memory palaces (acid-base disorders, anyone?) when it really counts – once you have a real patient in front of you! You can learn more about the Sketchy Method and visual memory techniques in this blog.

UWorld provides thousands of practice test questions for many different exams and more specifically as a first year medical student, the USMLE Step 1. By practicing reading and answering board-style questions in your first year, it’ll be second nature by the time you have to take Step 1. Plus, these questions ask you to recall information in different ways, which will deepen your understanding of the material. Bonus: UWorld keeps stats for you, so it’s easy to track your progress and also see where you may need to study a little more (we hear Sketchy helps with that part!).

At Sketchy, we fully lean into visual encoding and visual memory techniques aka our wonderfully fun memory palaces, but evidence does suggest that spaced repetition—like flashcards—can be highly effective for long-term retention. Which is where Anki can come in handy. Anki is a digital flashcard program that allows you to create cards that not only have text, but also have images, sounds (pro tip: record someone saying drug names with the correct pronunciation and put them in these cards) and links to other digital study resources (Hello again, Sketchy!). But sometimes, it’s still fun to go analogue, and we’re never gonna hate on classic 3”x5” index cards. These fit easily into any white coat pocket, allow you to break out all your colored pens and pencils, and can always be scanned later and transferred to an Anki card. Whichever you choose, you can start building your collection now as a first year medical student to use throughout your four years.

You’ll soon find out your best resource is the people who have just trodden on the path you’re about to walk on. Every school teaches the material a little differently, and certain professors may emphasize certain topics over others, so asking upperclassmen all about the ins-and-outs of what they wish they had known as a first year medical student is key. Fun fact: when Sketchy started, it was (and remains) mainly word-of-mouth that led to its rise in popularity. Thousands of med students can’t be wrong! Just remember to pay it forward next year when you’re a big, bad MS2.

Ah yes, good ol’ Netter’s. It’s definitely a classic (and beautiful to boot!). But you’re never going to be asked about Anatomy in a vacuum, so we also recommend Moore’s Clinically Oriented Anatomy, a book that points out WHY certain structures are so important to know about, what their relationships are to surrounding structures, and what happens when something goes awry. Nobody is going to ask you “where’s the vallecula?”, they’re going to ask “in which structure do fish bones most often get stuck?” But we know you won’t let a question like that stump you :) 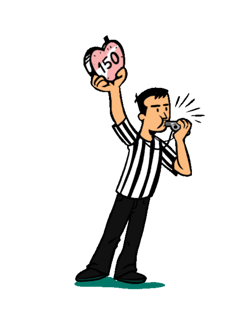 “First” isn’t in the name for nothing. This is a compendium of the vast majority of the info you’ll need to cram into your gray matter come Step 1 time. While it doesn’t provide in-depth explanations of each topic, it’s a great place to store notes, so that come test-taking time, you have everything organized in one place. We like writing down which Sketchy lessons correspond to which topic in First Aid, so we know which videos to re-watch if we feel like brushing up on a certain subject.

Some schools teach by system in the first year, and even if they don’t, you’re going to have to learn about each system of the human body at some point! Here are a few system-specific titles we love. Again, this is another area in which MS2s, MS3s, and MS4s can be very helpful (both in telling you which books have been useful, but also by lending you their old copy to save some $$!). This list isn’t exhaustive, but contains some real classics. And if you want to learn more about systems based curriculum, check out this blog.


Like we said, there are thousands of resources and study tools and you have to choose the ones that work best for you and your study routines. Hopefully though this sets you on the right path for success and not only thriving as a first year medical student but your entire medical journey.

Applying to Medical School as a Non-Traditional Student

Starting medical school in your 30s or 40s? Read about the benefits of being a non-traditional student and ways to succeed.

How to Study in Medical School - Building Strong Habits

Medical school can be a lot to handle, so for incoming students, medical school studying tips are critical to not just survive, but thrive, in your...