Meet Dr. Neil Bhathela as he talks to us about his path to neurology and how he helped create the Sketchy Neuro course.

Dr. Neil Bhathela is currently a Sports Neurologist and TBI Fellow at UCLA Health and was a crucial part in creating Sketchy Neuro. Take a deep dive with us as we get to know Neil as well as the important parts of Sketchy Neuro. You can also check out this blog to learn more about neurology from our conversation with Dr. Bhathela.

*interview is edited for clarity

Dr. Bhathela: Neurology was way too complicated when I first started with it. Everything's upside down, backwards and reverse. Fortunately I had a really great attending when I first learned about it through Raleigh Neurology. I got to see patients with Parkinson's, MS, and epilepsy. Regardless of what disease process there was, there is some kind of schematic or some way to localize the lesion. I thought that was a very cool way of kind of sticking some of the stuff that we learned in class with the real component of neurology, which is the physical exam. The physical exam in neuro can help localize those lesions, whether it's in the spinal cord and the brain, or even at the neuromuscular junction, it was a cool way of using your thinking cap and your hands to get that diagnosis. 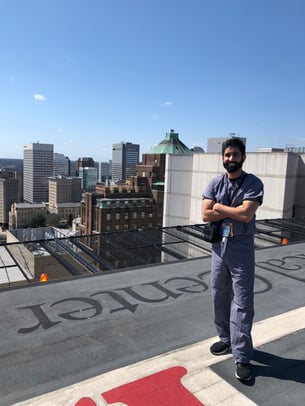 Q: How was med school for you, what or who helped you through it?

Dr. Bhathela: I give a lot of credit to my classmates and my family. I've been very blessed to have such a great group of individuals that I've worked with even in med school. I was very lucky to go to Campbell University, which had a very high attending to student ratio, so it was really just me and my colleague. We went through med school together, and we had one attending for the both of us. 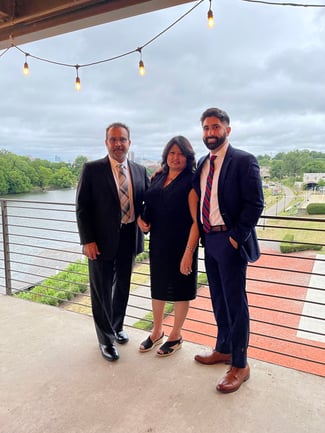 Q: How did you use Sketchy in med school?

Dr. Bhathela: I started using Sketchy in my first year of med school. This was the first iteration of Sketchy and it was really just Sketchy Micro. I was initially a little skeptical. Fortunately I had a pretty big group in my class that used Sketchy. It was nice because we always kind of related to some of the images we saw and we laughed or joked about some of the recurring images we later saw even in residency. 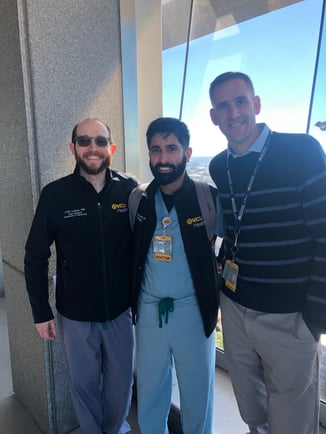 Q: Tell us about Sketchy Neurology and how you contributed?

Dr. Bhathela: The beginning part was the syllabus; I spent a good amount of time just reviewing it and putting in an order that makes sense. The way it's organized is by disease acuity as well as disease process and in a way that would be very helpful for the learner.

One of the challenging parts was to not put too much information. I find myself kind of getting too detailed when going through it and then having to revise it. The main takeaway is that it's going to be very high yield. What you learn in the lessons is going to be helpful for you as both a student as well as a provider.

Q: What advice do you have for med students?

Dr. Bhathela: Find what you like and what you find is fun, then get really good at it. You'll see once you start planting the seeds on what you're good at, you'll have a forest of data and knowledge. 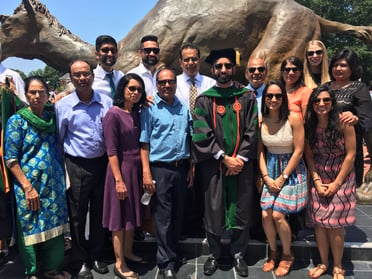 Sketchy Neurology was crafted to tell a great story with the Sketchy Method. Take a behind the scenes look at how our team developed these lessons.

Sketchy Neurology is Here to Help You Ace Rotations, Shelf and Boards

Sketchy Neurology’s new lessons cover what you need to know for your clinical years in med school including clinical rotations, shelf exams, and...

Everything You Need to Know About Neurology From a Neurologist

Hear from a successful neurologist as he breaks down what a neurologist does and why neurology is the new “badass” specialty to go into.